ACS recently arranged a charter to take some of the world’s biggest DJs to the skies.https://aircharterservice-globalcontent-live.cphostaccess.com/images/global/news/817979_world_club_dome_tcm87-43739.jpg 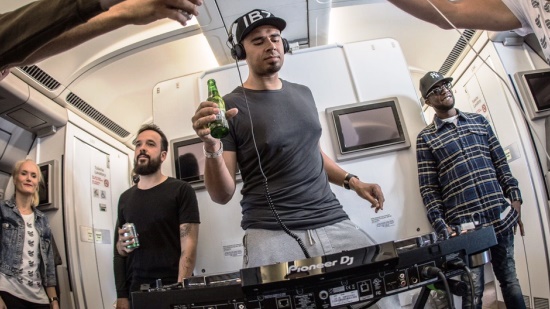 Leading aircraft specialist, Air Charter Service, recently arranged for a VIP-configured, fully customised Airbus A340 to take some of the world’s biggest DJs, including Afrojack, to the skies to kick off a huge party weekend in Frankfurt.

Big City Beats’ ‘World Club Dome’ is one of the highlights of the European clubbing calendar, with a whole weekend of DJs playing to clubbers over 20 different levels and 700,000 square metres of dancefloors. The party doesn’t start in the club in Frankfurt however; a lucky few start the experience in London before flying to Germany for the main event.

Caroline Werf, Managing Director of ACS Germany, explains: “Four of the top names on the bill started the party in the air for the 100 lucky passengers, as can be seen from the photos and video. Afrojack, Le Shuuk, Rui and Robin Schulz all performed DJ sets on the aircraft as it flew from London to Munich and then on to Frankfurt for the main event. Last year we arranged a Boeing B747 to make the trip, but they wanted to make it a more exclusive event this time, on a smaller aircraft.”

The party took place in the summer at the Commerzbank Arena near the centre of Frankfurt. As well as all the dance floors, there was also a pool area to cool off in, a camping area and a helipad.