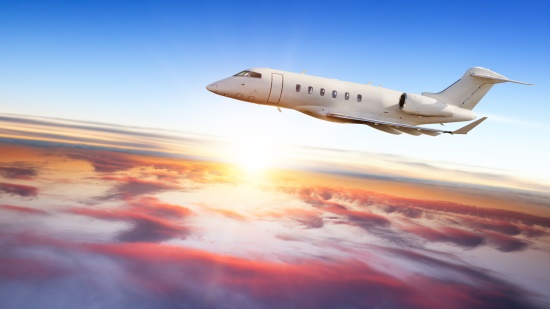 All over the world, traveling by private jet is growing increasingly popular, here’s a look at the latest private jet trends, from the top planes to the busiest flight routes.

All over the world, traveling by private jet is growing increasingly popular, here’s a look at the latest private jet trends, from the top planes to the busiest flight routes.

Private Jet Ownership Around the World

The USA has the biggest market for private jets in the world. According to the Wealth Report, the country has 12,717 private planes, the largest fleet of any nation. In fact, the USA has more jets than the rest of the countries in the top ten ownership list combined:

Private Jet Traffic Around the World

Most private charter flights also take place in the USA, which claims 75 percent of the 1,000 busiest flight routes in the world. Here’s a look at the top five country-to-country routes for private air traffic in 2016:

Private Air Traffic in the USA

Private jet charter is extremely popular for business and leisure travel in America and traffic peaks during popular events such as the Super Bowl. There are over 4,000 airports for private planes across the country and the most frequented is Teterboro Airport in New York. These are the top private aviation routes in the world according to the Wealth Report, which are all located in the USA:

There are over 2,000 airports for private planes in Europe and the busiest is Paris le Bourget. Although business flights are common, traffic tends to peak in the summer vacation months, especially around events such as the Cannes Film Festival and Monaco Grand Prix. Here are the top European journeys, which are also in the list of the most popular routes in the world:

Trends Around the World

Private jet numbers are rising fast in Asia, which has seen a 96 percent rise in ownership over the last 10 years. Hong Kong has had a 535 percent increase in its fleet size, while Taiwan, Macau, and China’s fleets have all tripled. China has now reached eighth position on the overall ownership list.

By contrast, jet ownership is slowing in Latin America, especially in oil-dependent countries such as Venezuela. Even so, four out of 10 people surveyed for the Wealth Report in Latin America say they still opt for private charters, perhaps because of kidnapping concerns.

A drop in oil prices has also affected the overall wealth of the Middle East, but the region’s private aviation industry continues to expand. Qatar’s fleet has risen by 380 percent and the UAE has seen business jet numbers increase from 2,165 in 2015 to 2,568 in 2016. Al Maktoum International Airport in the UAE, which has a dedicated VIP terminal, is expected to attract 20,000 passengers this year.

Most Popular Types of Planes

So what type of planes are people flying in? Some of the most popular jets used for private aviation include the following models, says the Robb Report:

Jets are usually customized to suit client specifications and can include bedrooms, offices, bathrooms, and entertainment centers. Whatever type of jet you fancy flying in for your next business trip or vacation, let Air Charter Service arrange a private jet charter quote so you can travel to your destination in style and comfort.