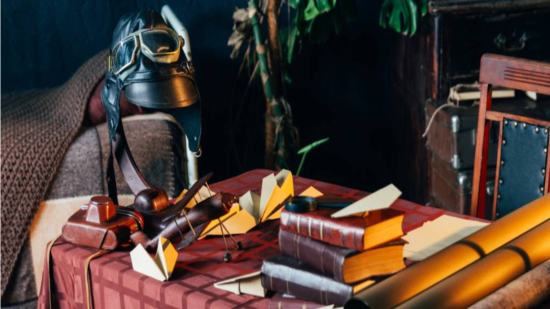 Looking for a great book about flying? Here are 10 of the must-read books about aviation, perfect for both professional pilots and aviation fans. There’s something to suit all tastes, whether you’re looking for a pilot manual, flight history or fiction. Top picks include the fascinating true stories of wartime pilots and the first trans-Atlantic crossing.

Looking for a great book about flying? Here are 10 of the must-read books about aviation, perfect for both professional pilots and aviation fans. There’s something to suit all tastes, whether you’re looking for a pilot manual, flight history or fiction. Top picks include the fascinating true stories of wartime pilots and the first trans-Atlantic crossing.

Stick and Rudder: An Explanation of the Art of Flying

Stick and Rudder is one of the most famous pilot manuals and has been in print for over 70 years. The writer walks you through the process of flying, explaining what the pilot does, how he does it, and why. Learn all about why airplanes stall, what the rudder is for, why the aeroplane doesn’t feel the wind and more. Since the basics of flying haven’t changed since the book was written in 1944, it remains a popular text for professional and trainee aviators as well as test pilots.

Read the true story of Wilbur and Orville Wright, two unschooled Ohio boys who changed the course of aviation history. This inspiring tale was written by Pulitzer Prize winner David McCullough and draws on private diaries, notebooks and over 1,000 family letters. Learn about the engineering process and death-defying trials that went into creating the first real aircraft. This is one of the most inspiring history books about aviation, which illustrates the courage and determination that led to the brothers’ first flight in 1903.

This is one of the most technical books on the list, considered the bible of weather flying. Buck draws on his experience as a commercial pilot with thousands of hours in the air to describe techniques for flying in various weather conditions. Sections include weather research, the psychology of flying, techniques for flight forecasting and taking off in bad weather.

The book has been updated five times and includes the latest advances in flight weather services, including radar. This is a good read for both aspiring and professional flyers, with simple explanations on how to judge and negotiate weather conditions. Weather Flying won the Safety Foundation’s Publication Award and is recommended by the FAA.

The Spirit of St. Louis

Charles Lindbergh is famous for his solo nonstop trans-Atlantic journey from New York to Paris in 1927. This autobiographical account of the landmark flight details the thrilling danger of Lindbergh’s journey in his single-seat, custom-built aircraft: the Spirit of St. Louis. The Pulitzer Prize-winning adventure tale gives readers a glimpse into the history of aviation before the days or commercial flights and air charter services.

Fate is the Hunter

This illuminating biographical tale covers Ernest Gann’s life as a pilot during war and peace times. Gann has spent nearly 10,000 hours in the air, including flying for American Airlines in the 1930s, which gives a captivating insight into the history of commercial flying. During the second world war, he flew cargo missions across the Atlantic and also made white-knuckle flights across Asia and the Himalayas. Gann depicts Fate as a hunter in search of pilots and tells of his many near-death experiences. Readers are taken right into the plane as Gann deals with mechanical failures, storms and human error.

Ideal for commercial flyers, Fly the Wing is a comprehensive pilot training book offering valuable tools, techniques and advice for operating a transport-category aircraft. Chapters cover the psychological, technical and physical preparation required to gain an ATP certificate. Learn about speed control, take-offs and landings, air navigation, high-speed aerodynamics and high-altitude flying. The book has also been updated to include contemporary cockpit automation and comes with online resources.

West with the Night

West with the Night is the riveting autobiography of aviator adventurer Beryl Markham. The beautifully-written memoir is largely set in 1920s and ’30s Kenya, where British-born Markham grew up. She discovered her love of flying while scouting elephants from a tiny jet and became one of the country’s first bush pilots. Markham was also the first woman to receive a commercial Kenyan pilot’s licence, as well as make a solo trans-Atlantic crossing in 1936. Read the gripping tale of this 3,600-mile journey, which she navigated against strong headwinds in an aeroplane that flew only 163 miles per hour. West with the Night is a true non-fiction aviation classic.

You can be a Pilot! Answers to 25 Popular Questions about Learning to Fly

Discover the answers to 25 of the most common questions about becoming a pilot. Instructor Chris Findley covers key training queries such as how to choose a trainer and aircraft. Sections include medical requirements, what to expect during training and how to find a job. The book is one of the bestsellers in the field of aviation books, perfect for people who want to become a pilot.

Chickenhawk is set during the Vietnam War, when author Robert Mason flew over 1,000 helicopter assault missions in the UH-1 Huey. The best-selling personal story details his life, from boyhood dreams of flying to helicopter school training in Texas. After joining the US army, Mason was sent to Vietnam from 1965 to 1966. Read his first-hand account of the horror and madness of war, including the battle of La Drang and rest periods in Saigon and Taiwan. Mason also recounts meeting South Vietnamese soldiers and extracting ground troops from the jungle. Over half a million copies of Chickenhawk have been sold to date, making it one of the most popular aviation books set in war.

Night Flight is a novel based on the real-life experiences of author Antoine de Saint-Exupery. In the 1930s, the French pilot flew perilous mail routes across Africa and the South Atlantic. The book tells the story of aeroplane pilot Fabien, who makes mail flights between Chile, Patagonia and Paraguay to Argentina. Set in the early days of aviation when aircrafts didn’t come with jet engines, GPS or radar, the journeys were fraught with danger. In the novel, Fabien attempts a particularly terrifying trip during a heavy night-time thunderstorm in Argentina.

Other great aviation books include The First of the Few: Fighter Pilots of the First World War by Denis Winter and naval aviation classic, Feet Wet: Reflections of a Carrier Pilot by Paul Gillcrist. If you’re looking for additional books for professional flyers, try 50 Real-World Pilot Tips by Mark Robidoux, which comes with illustrations, diagrams and photographs. What’s your favourite aviation story?

To charter a private jet and experience a flight worth writing home about, find out more about our private jet charter services here or contact a member of our team to arrange a bespoke jet journey.