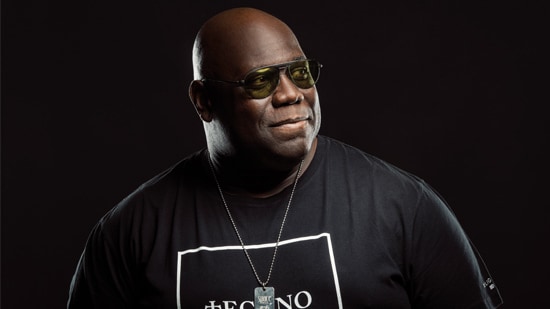 The world-famous DJ talks to Cloud about life in Australia and connecting with virtual crowds.

The world-famous DJ talks to Cloud about life in Australia and connecting with virtual crowds.

The name “Carl Cox” summons an energy rush: a surge of irresistible electronic music; heat pulsing from packed dancefloors; a sturdy, beaming figure there at the decks.

For more than four decades, this multi-award-winning British DJ and producer has been at the heart of global club culture – notably in Ibiza, but also at parties all the way from Germany to America and Mexico. When we catch up, he’s animated and characteristically good-natured. Having been a frequent flyer to Australia throughout his career, nowadays he calls Melbourne home.

“I love the vastness and open space over here,” he explains, stretching out his arms. “Being in Australia, the Trans-Tasman travel bubble also means that I’ll be able to pop to New Zealand or Tasmania: all these wonderful places and indigenous cultures that I have respect for, but never thought I’d get to explore. I’m a visitor here, but soon to be a resident; I feel very blessed that the Australians have welcomed me with open arms.”

Following Australia’s rigorous lockdowns, Cox is feeling hopeful about post-pandemic life. In March this year, he headed a techno party at the Sidney Meyer Bowl in Melbourne (now restyled as a Covid-safe venue).

Throughout the intensely challenging past year, he continued to fuel inspiration and find salvation through music, including his hugely acclaimed Cabin Fever streaming shows. When his Barbadian-born father passed away in July 2020 after years with dementia, Cox dedicated a poignant and spirited show to him.

“The audience was incredible — they were young, old, there was family on there,” he recalls. “I played calypso, soca records, Carlos Santana, all of my dad’s records that influenced me. What made it even more special was the Prime Minister of Barbados did a Zoom call to me, and we talked live about my father’s legacy.”

“When I grew up in the late ’60s into the ’70s, my father was buying and playing music at the time and I was kind of influenced by his sound. He was always into funk, soul, R&B, blues, country and western, very open-minded. When my dad was playing music to family and friends, all I saw was the joyful response to the tracks he’d choose. If he chose James Brown [he breaks into an a capella of Get Up I Feel like Being A Sex Machine], I’d be like: ‘Yesss, that’s what I’m talking about: vibes, energy, soul, passion!’”

At 58, Cox has joked about approaching ‘retirement age’ but he’s clearly winding us up about winding down.

“It’s not retirement — that’s the problem!” he hoots. “I’ve just signed a three-album deal with Sony BMG. I first got signed to their subsidiary label Perfecto for my first record and now, 30 years later, I’m signing to them again as an artist! I don’t know anyone else who’s doing that — Rod Stewart? The musical output from my mind’s eye is only the beginning of something new and refreshing for the future. Uncle Carl is still going.”

Cox’s famously infectious passion for music was forged through his own youth on the dancefloor and his emergence at game-changing ’90s clubs including spectrum and ultimate base. It’s also arguably why he continues to sound at the top of his game in a fiercely competitive (and commodified) music industry. He’s also taken on a new BBC Radio 1 residency, uncovering dance music histories (“funk, and a bit of disco; rave; classic techno music; my sets at Space Ibiza Terrace”) for new generations of music fans.

The view from the deck

In the time since he started playing, DJs have shifted in status from the side-lines to superstar names. I wonder what has kept him grounded throughout the all-nighters and excess?

“It’s the way I was brought up,” he replies, earnestly. “We were a working-class family, very grateful for everything. I know I have a self-worth, and I’m gonna get paid because of that, but I just roll up my sleeves get on with the job. I don’t mind having a pie and a pint with anyone. We don’t have to go to Nobu to understand each other…” he reconsiders this: “I mean, we can; I love Nobu!”

The best is yet to come

“The first chapter is all about how I grew up, how I was able to sustain the life I have, where my family came from, what I could deal with, my passion for life — it’s like, wheee, a rollercoaster!”

The book is delivered with a dedication to his late parents (“They brought me into this world, and what I did was get to this point”). It’s also a statement from a musical soul who has never stopped moving, in any capacity. In fact, Cox’s DJing mega-success has also enabled him to pursue another life-long passion for professional drag racing.

“I love fast performance cars, I love motorbikes, I’m a petrolhead,” he enthuses. “This drag racing is crazy sh*t. At the moment, on a quarter-mile, the fastest I’ve been in 6.1 seconds is 234 mph. I’m actually the fastest DJ in the world. People are like, ‘ooh, be careful Carl’, and I’m like — whooooosh!”