Air Charter Service, has moved its Spanish operation to new larger premises in Madrid, following a strong year in 2018.https://aircharterservice-globalcontent-live.cphostaccess.com/images/global/news/720185_new20madrid20office20pr_tcm87-56291.jpg 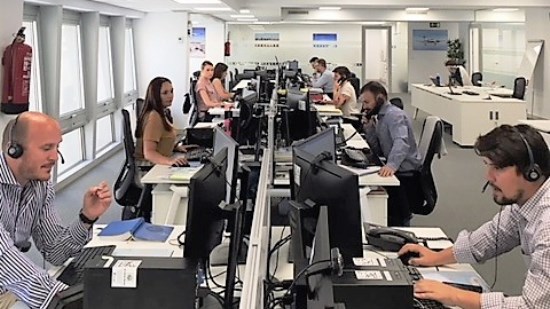 Leading aircraft charter specialist, Air Charter Service, has moved its Spanish operation to new larger premises in Madrid, double the size of the previous office, following a strong year in 2018.

James Fitzgerald, managing director of the office said: “This is an exciting step for ACS Spain – this year we have added several new faces to our team, to help us to build on last year’s impressive growth. We had our most successful year ever in 2018, our tenth anniversary, and we are currently surpassing that this year in terms of charter numbers, revenue and margin.

“The Spanish economy is the thirteenth largest in the world, and the country is home to some of the world’s biggest businesses, with more than 20 in Forbes’ list of The World’s Largest Public Companies. Spain also has two of the top 10 busiest airports in Europe.”

Fitzgerald concluded: “The new office offers more than twice the floor space of our previous one, but we are in the same building, just a few floors below. Our business in Spain has grown every year since it opened in 2008 and this new office space allows us to continue that trend for the foreseeable future.”