Since the earthquake and tsunami that devastated parts of Indonesia on September 28th, Air Charter Service has been busy helping governments and charities to deliver more than 600 tonnes of aid to the country.https://aircharterservice-globalcontent-live.cphostaccess.com/images/global/news/959887_balikpapan_1_tcm87-52636.jpg 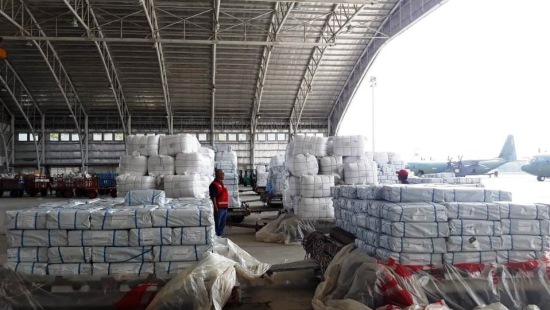 Since the earthquake and tsunami that devastated parts of Indonesia on September 28th, Air Charter Service has been busy helping governments and charities to deliver more than 600 tonnes of aid to the country.

Over the past few weeks Air Charter Service’s global offices have been sourcing aircraft to carry relief goods to the region. Dan Morgan-Evans, Group Cargo Director for ACS, said: “The 7.5 magnitude earthquake and subsequent tsunami caused widespread damage to the Sulawesi coast of Indonesia – tens of thousands of homes have been destroyed and there are hundreds of thousands of people now homeless. The death toll from the natural disaster has now exceeded 2,000, with many thousands of people still missing. Our US, Asian and European offices have all been heavily involved in the humanitarian effort since, on behalf of our clients.

“We have been flying in different types of much needed aid, such as shelter kits and water purifying tablets on a variety of aircraft types, including Antonov AN-12s, Boeing B757s and B777s. There are a lot of aid supplies stockpiled in Malaysia and the surrounding area so, once the aircraft were sourced, many of the operations have been swift.

“We have flown in other relief goods from the Middle East and Europe – in total, seven of our offices have arranged more than 20 charters to the region carrying a total of just over 600 tonnes.”

We are a global company with 22 worldwide offices, spanning all six major continents and we offer private jet, commercial airliner and cargo aircraft charters, as well as onboard courier solutions. We arrange almost 15,000 contracts annually with revenue of close to 700 million dollars. We were formed in 1990 by Chairman Chris Leach and CEO Justin Bowman in the basement of a house, and we now employ almost 500 staff worldwide.