Leading aircraft charter specialist, Air Charter Service, has invested further in its Los Angeles operation as it continues to expand its presence in California.https://aircharterservice-globalcontent-live.cphostaccess.com/images/global/news/838078_lax_tcm87-53898.jpg 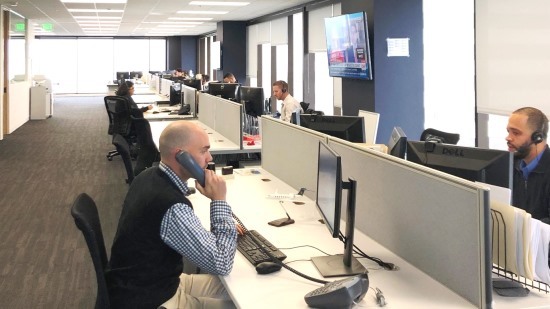 Leading aircraft charter specialist, Air Charter Service, has invested further in its Los Angeles operation as it continues to expand its presence in California.

Thomas Howe, ACS’s West Coast USA President, commented: “In the last 12 months our investment in California has increased considerably, along with the opening of our second office in the state last year, in San Francisco, we have now expanded our Los Angeles operation, which is now almost double the capacity that we had previously.

“California has the world’s fifth largest economy and is larger in area than Germany and many other European countries in which we have offices. Almost 10% of all private jet traffic in the US departs from California, so we’re acting on that demand.

“Over the past five years, this office has increased business by more than 400%, with a growing team chartering aircraft for a huge range of clients. Over the past year we have arranged flights for everything from Hollywood A-Listers and college football teams, to urgent spares for a spacecraft and even animatronic dinosaurs for a major film studio.

“The new office’s final touches were finished a few weeks ago and it opened for business in December. We enjoyed another fruitful year in 2018, with numbers up across the board in both charters and revenue. We’re reinvesting in these new offices to support the expanding team required to look after the ever increasing client base.

Howe concluded: “This new premises gives us enough room to continue our strong growth for, at least, the foreseeable future.”