AIR CHARTER SERVICE TO EXCLUSIVELY MARKET A320 IN EUROPE

ACS has signed an exclusive marketing agreement for an Orange2Fly Airbus A320 for six weeks.https://aircharterservice-globalcontent-live.cphostaccess.com/images/global/news/290323_orange2fly_tcm87-45922.jpg 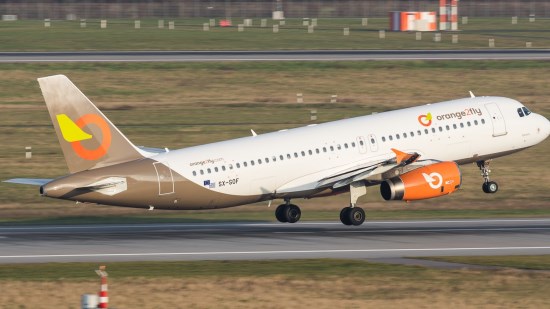 Global aircraft charter provider, Air Charter Service, has signed an exclusive marketing agreement for an Orange2Fly Airbus A320 for six weeks. The 180 seat aircraft is based at Birmingham International Airport, with ACS hoping to provide extra capacity to the market, for short-term ACMI programs and sub-charters, as well as for sports events over the coming month or so.

Matthew Purton, Commercial Jets Director at ACS, commented: “We have brought in the aircraft from Greece until 10th April due to a period of high demand and low aircraft availability in Northern Europe at the moment. It is being marketed exclusively by Air Charter Service and we believe that it is ideal for short-term ACMI programs, sub-charters and ‘go-now’ flights.

“There is also a huge swathe of sporting events coming up – it is the quarter final stages of the UEFA Champions League and Europa League in football, and the Champions Cup and Challenge Cup in rugby.

“We know how in demand this sort of aircraft can be for such sporting events. We’re currently part way through a programme ferrying more the 14,000 fans to and from matches in the Six Nations tournament – we have around 100 flights booked in total over the seven week period.

“So far the aircraft is proving extremely popular and it has been flying every day since the agreement started last week.”

We are a global company with 21 worldwide offices, spanning all six major continents and we offer private jet, commercial airliner and cargo aircraft charters, as well as onboard courier solutions. We arrange more than 12,500 contracts annually and our revenue is close to half a billion dollars. We were formed in 1990 by Chairman Chris Leach and CEO Justin Bowman in a basement, and we now employ more than 400 staff worldwide.