Air Charter Service has retained the title of 'Charter Broker of the Year' at the annual WAC Awards.https://aircharterservice-globalcontent-live.cphostaccess.com/images/global/news/865740_acw_winners_2018_tcm87-50219.jpeg 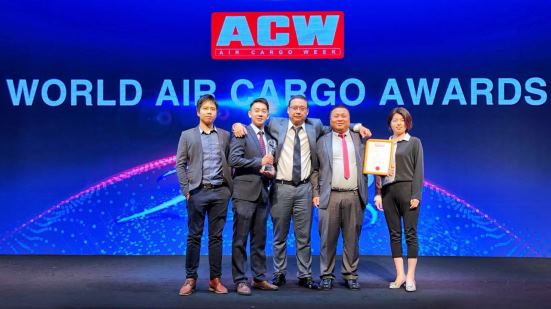 Air Charter Service has retained the title of 'Charter Broker of the Year' at the annual WAC Awards. The glitzy ceremony last week was held at the Jumeirah Himalayas Hotel in Shanghai as part of this year’s event in China.

Director Joseph Tam, from ACS’s Hong Kong office, collected the award, which was voted for by the global industry over a period of four months. He commented: “Thank you to all our customers and suppliers in the aviation industry for taking the time to vote for us as the world’s best for the sixth time in a row. Whilst there are many awards out there, it is particularly pleasing to win one that is based on votes that are independently audited and winning it for the sixth time in a row is an incredible achievement. It is a tremendous credit to our team across the world for their hard work this year and the previous years. Once again, thank you to everyone that voted for us.”