AUGUSTA AIRPORT PREPARES FOR BUSIEST WEEK OF THE YEAR

Air Charter Service predicts that this year will be especially busy due to the ‘Tiger Woods effect’.https://aircharterservice-globalcontent-live.cphostaccess.com/images/global/news/775641_golf_tcm87-46489.jpg 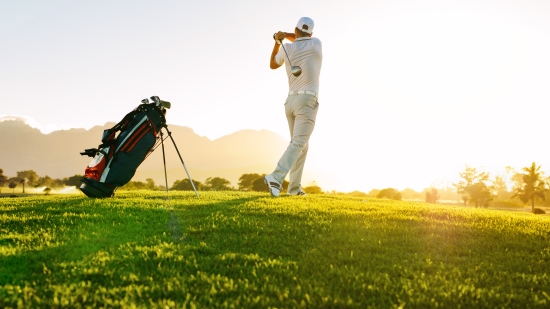 Augusta Regional Airport in Georgia is a modest airport, but in April its private jet business surges for one week as the US Masters takes over the city and 100s of aircraft descend upon the airport, and Air Charter Service predicts that this year will be especially busy due to the ‘Tiger Woods effect’.

Richard Thompson, President of Air Charter Service Americas, said: “On a normal day at the airport Delta Airlines flies to and from Charlotte and American Airlines to and from Atlanta – plus they handle around ten private jet flights. Every year in April however, it hosts one of the busiest sporting events for private jets in the world, on a similar scale to that of the Super Bowl.

“This year we expect that there will be extra interest in the tournament which will, in turn, result in more private jet flights. Tiger Woods is continuing his comeback and is aiming to win the tournament for the fifth time after a couple of years of playing almost no golf. Four weeks ago the TV audience for the Valspar Championship, where Woods finished joint second, drew the highest TV audience for a non-major since the 2013 Players Championship, and the highest non-Masters rating since the 2015 PGA Championship, simply because Woods stood a chance of winning.”

Based on WingX figures for the period of the tournament and a couple of days either side last year (3rd April – 10th April 2017 inclusive), there were more than 1,200 private jet flights from Augusta Airport, equal to a quarter of the annual traffic in the space of just eight days. The peak day was Friday 7th April where the airport handled 240 separate departures. The figure of 1,206 was up by 4% on the 2016 championship and ACS is predicting that, with the ‘Tiger Woods effect’, there could be almost 1,300 this year.

“We have been booking charters for the tournament since last November and have had a lot more enquiries than usual in the past few weeks”, Thompson concluded.

We are a global company with 21 worldwide offices, spanning all six major continents and we offer private jet, commercial airliner and cargo aircraft charters, as well as onboard courier solutions. We arrange almost 15,000 contracts annually with revenue of close to 700 million dollars. We were formed in 1990 by Chairman Chris Leach and CEO Justin Bowman in a basement, and we now employ 450 staff worldwide.