CHARTER FLIGHT IS NO SIMULATION

Air Charter Service’s Florida office recently chartered a Boeing B747 to fly a 35 tonne flight simulator, which proved to be an exceptionally tight fit, from Texas to Japan.https://aircharterservice-globalcontent-live.cphostaccess.com/images/global/news/15793_flight20simulator20-20g20pr_tcm87-55854.jpg 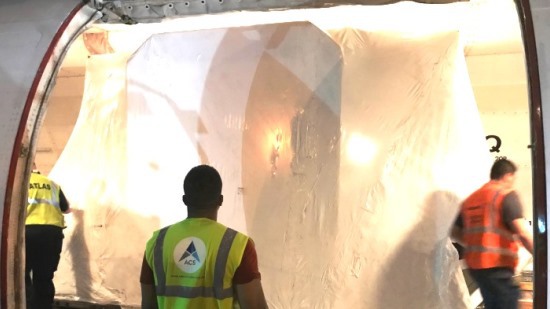 Air Charter Service’s Florida office recently chartered a Boeing B747 to fly a 35 tonne flight simulator, which proved to be an exceptionally tight fit, from Texas to Japan.

Speaking on the charter Richard Thompson, President of ACS Americas, said: “A large aircraft manufacturer contacted us earlier this year to transport a high value specialist flight simulator to Japan, in order to train the country’s military on how to fly their recently delivered aircraft. It was a tricky load as the dimensions left no room for error in fitting into the Boeing B747 – there was a mere two centimetres to spare.

“The flight, including a fuel stop in Alaska, took a total of almost 16 hours and required meticulous planning for loading and offloading. The delivery date shifted drastically from September to June, so we had to work fast when we finally got the go-ahead. Fortunately, we had put in the work beforehand so we were ready to go.

“The simulator was delivered to Japan safely and on schedule. Over the last 12 months we have chartered B747s and AN-124s to fly four different types of flight simulators, both military and commercial, all over the world.”