Leading aircraft charter specialist, Air Charter Service, has said that it has seen more and more wealthy families turning to private jets to get to exclusive skiing destinations around Europe.https://aircharterservice-globalcontent-live.cphostaccess.com/images/global/news/230933_jets_in_snow_tcm87-53458.jpg 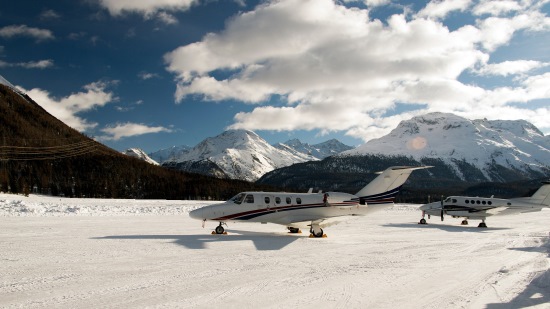 Leading aircraft charter specialist, Air Charter Service, has said that it has seen more and more wealthy families turning to private jets to get to exclusive skiing destinations around Europe.

Chris Mansell, ACS London’s Director of Private Jets, said: “Over the past three years our top 10 airports for ski getaways have remained the same, but the numbers of flights to them has increased by more than 65%, with flights to Chambery and St Moritz doubling in that time.

St Gallen Airport in Switzerland, also known as Altenrhein, has seen the most impressive growth. We did relatively few charters there in the season 2015/16, but last year we arranged six times as many. Year on year growth is increasing too – we were up 45% last year on the previous season, whereas the season before we were 14% up on bookings.

Switzerland has more than half of the top 10 most popular airports with six, with two in each of France and Austria. The reasons seem varied for choosing to fly privately; some are flying to less well serviced airports in the Alps and Pyrenees, whereas others are flying into hub airports, but want to travel in luxury and maximise their time spent on the slopes.

The trend looks set to continue, as we have already flown several of our clients out in the past few weeks and we are getting booked up for the coming months – some booked in November for as far ahead as half term in March.