WHAT BETTER WAY TO SAY I LOVE YOU…?

With some people choosing to pop the question on board private jets, ACS asks ‘will it be you’ this Valentine’s Day?https://aircharterservice-globalcontent-live.cphostaccess.com/images/global/news/379405_couple20hugging20550x309_tcm87-31739.jpg 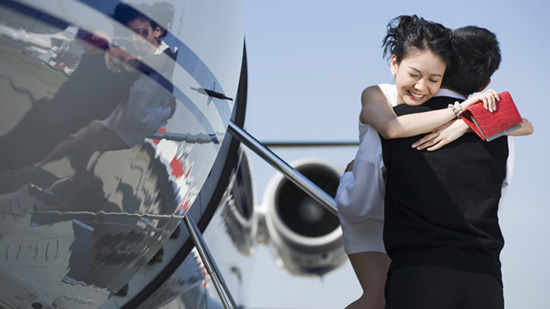 With some people choosing to pop the question on board private jets, leading aircraft charter company, Air Charter Service, asks ‘will it be you’ this Valentine’s Day?

Andy Christie, the company’s Group Director of Private Jets, commented: “Just last week we had a client book a trip on a helicopter to fly from his property in Lincolnshire to Branston Hall. En route the helicopter was to hover over the spot where the couple shared their first kiss, near a reservoir, so that he could pop the question. She said yes.”

It’s not only the company’s English office that has such tales. Richard Thompson, ACS President of Americas, said: “At the end of last year a customer called in looking for a small aircraft from Farmingdale, Long Island, to take off shortly before midnight. He decorated the private terminal at the airport with flowers and gifts. When they were airborne, he proposed at the stroke of midnight – the anniversary of when they first met. Again, she said yes!”

Christie concluded: “If you want a guarantee that she’ll say yes, a helicopter or private jet seems to be the way to go! We have received requests for flights for this Sunday so, who knows, there might be another lucky lady in for a surprise at the weekend?”