Made by Beechcraft Corporation, the Hawker 850XP is one of the charter market’s most versatile and reliable mid-size private jets. Its large cabin makes this aircraft the ideal size for eight passengers to fly medium-haul journeys in comfort and luxury.

The 850XP is remarkably similar to its predecessor, the 800XPi. Both have the same redesigned interior and upgraded Rockwell Collins’ ProLine 21 avionics suite, but the 800XPi doesn’t have Hawker winglets.

The Hawker 850XP is renowned for its spacious cabin with stand-up headroom, LCD lights, touch-screen seat controls, fully-berthable seats and plenty of storage. The ‘VIP Configuration’ seats two crew and eight passengers with more space than its closest competitors.

Below is a standard configuration found in a Hawker 850XP:

Interesting facts to learn before you fly

Aside from the winglets, the 850XP is identical to the 800XPi. Both aircraft are powered by two Honeywell TFE731-5BR engines with 4,660 lbs of thrust.

The 850XP is the third model in the Hawker 800 series and was the first to feature Hawker Beechcraft blended winglets, resulting in a quicker climbing time, improved range and less drag than its predecessors.

The 800A and 800XP are the most popular Hawker 800 models. Available from 1995, the XP’s cabin remained identical to the 800A’s with the addition of an external baggage compartment. The model’s engines were upgraded to slightly more powerful AlliedSignal TFE731-5BRs to boost cruise speed, range, take-off and landing performance.

In 2002, Hawker began equipping its 800 series with Rockwell Collins’ ProLine 21 avionics, replacing the Dual Collins ProLine system found on older models and releasing them as the Hawker 800 XPi. Shortly after, the 850XP launched with Hawker winglets for extended range.

The Hawker series was originally developed by aircraft manufacturer de Havilland, with the first HS.125 launching in 1964 after the company was bought by Hawker Siddeley. The aircraft underwent several reincarnations over the years, first as the BH.125 and later as the BAe 125 when Hawker Siddeley merged with the British Aircraft Corporation to form British Aerospace in 1977.

After Raytheon acquired the company’s business jets division in 1993, the jet was marketed as part of the Hawker 800 series. In 2013, the type certificate and support responsibility for all 125s were transferred to the reformed Beechcraft Corporation, a brand of Textron Aviation since 2014.

Charter rates for the Hawker 850XP can vary greatly depending on the length of the journey you have planned, as well as the airports you decide to fly in and out of.

If you would like to book a private charter flight on the Hawker Hawker 850XP, then why not contact our offices? For information on other private jets available for charter, browse our list of available private aircraft.

ACMI (Aircraft, Crew, Maintenance, Insurance) wet lease rates for the Hawker 850XP can vary depending on the age of the aircraft, length of the lease term, the number of block hours being guaranteed and the average cycle ratio. 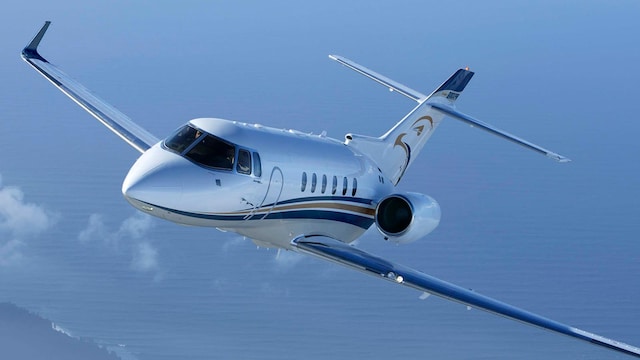 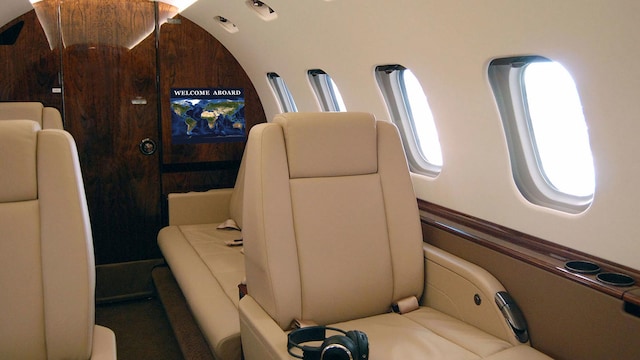 Speak directly with an ACS broker to discuss your requirements