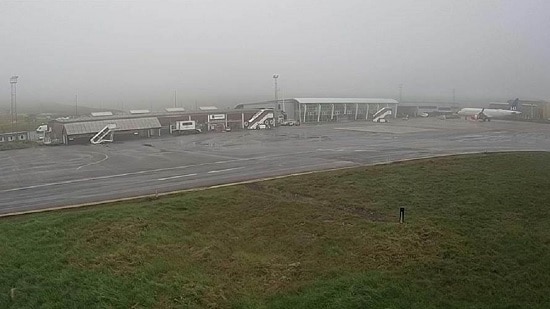 In July 2021, we were asked to charter a return flight for a Latvian football team who were due to play a match in the Faroe Islands.

Fighting fog in the Faroe Islands

In July 2021, we were asked to charter a return flight for a Latvian football team who were due to play a match in the Faroe Islands. With limited aircraft availability during the football season and difficulties landing at the Category C airport, we had to pull out all the stops to transport the players in time for their game.

We sourced an Airbus A320 that could accommodate the 45 passengers before tackling the logistical issues of landing at Vágar Airport. Thanks to poor visibility due to fog and a low cloud base caused by the region’s subarctic oceanic climate, very few airlines actually operate there. This is mainly due to the Danish CAA requirements requiring specially trained pilots to operate at the Category C airport. Due to a lack of availability with the carriers which operate to Vagar, we were forced to seek alternative options. We managed to find another carrier who was willing to carry out the flight and could arrange for their pilot to undergo the necessary training beforehand, thus meeting all CAA requirements when operating into Vagar when using the ILS.

On the day of the flight, our team in conjunction with ops closely monitored the weather and were concerned by the conditions at Vágar. The cloud base being too low for any operator to operate. Even local carriers were delaying their services until visibility improved. After several other flights were re-routed following failed approaches, we suggested postponing the charter until the next morning in order to avoid a costly diversion. The client agreed, we operated the following day without delay and with minimal disruption to the team's preparation.

24/7 Availability: Knowing the logistical challenges and using past experiences, we were able to match the lack of availability with suitable operators who could operate to Vágar as per the team's requirement.

Unrivalled Expertise: ACS has operated charters to Vagar for a number of years. Building up a sound understanding of the airport, the operator needs and challenges. This puts us in a good position when advising clients on the most suitable option

Flying an incentive trip to the Caribbean